#200 Celebration: Becoming a Runner-Up in a Hackathon (without writing a single line of code)

It was September 2012, and I was reading a description for the Reinventing Chicago event at CNT (Center for Neighborhood Technology) the following month.

The cost was $100, which isn’t a huge amount of money, but not exactly pocket change, at least not for me. But just as I was about to enter my payment information, I noticed that hackathon participants could attend for free.

Even though I had no idea what a hackathon was, I figured, it was a weekend. How bad could it be?

The Reinventing Chicago event was either sold-out or close. The venue was packed, but the discussion was interesting and there was good food and drink. I was definitely glad to have attended, but I still didn’t know what a hackathon was.

The following evening, I discovered what I had signed up for. I also realized pretty quickly that I had no business at all being there. I am not a programmer. The closest I ever got to raw data was wrangling stats in SPSS (a software data tool used in academia) , which presents its own set of challenges, but isn’t the same as creating workable programs in Python or R or Ruby on Rails.

Nonetheless, I figured I’d given it the old college try, and even though I now knew that hackathons weren’t for me, I chalked it up to lessons learned. I gathered my stuff and headed for the door. Just as I was leaving, a guy turned from the people he was conversing with to ask me where I was going. I mentioned that everyone had formed their teams already, and since I wasn’t a programmer, there really wasn’t much of a reason for me to hang around.

We chatted for awhile about various topics and the guy asked if there was anything I was interested in working on. I started rambling about vacant properties and matching them with adjacent services and amenities, certain that I wasn’t making any sense at all. But the guy seemed really fascinated, and asked if I would like to work on the idea for the hackathon. Well, maybe, but I wasn’t a programmer. At that moment, the guy said three magic words.

That’s how Dan Fehrenbach and I became a hackathon team. He was the guy who had stopped me on my way out of the hackathon.

Somehow, Dan managed to decipher my ramblings into a coherent plan for a map-based platform focused on the Bronzeville area of the city. I had chosen that area because of the large number of vacant buildings there, but also because of its advantageous location near downtown and transit. Its iconic status as a major destination for African Americans leaving the South during the Great Migration and the commitment of its community members were also significant factors in my choice. In my mind, Bronzeville was the ideal location for a prototype of the platform.

Dan worked out the division of labor for the creation of the platform. I performed internet searches for available services and amenities, such as stores, schools, banks, cultural institutions, etc., along with providing the latitude and longitude of each entry. He did the programming, matching my entries with vacant buildings included in Derek Eder’s Vacant Property portal, plus the CNT H+T Affordability Index and probably some other elements that I know nothing about.

In the end, we created a workable map based platform, and settled on the descriptive, if unwieldy name of Hidden Value in Abandoned Buildings (HViAB). The platform matched vacant buildings with services and amenities located within a half-mile radius. The principle was that creating such a map could highlight the, well, hidden value of rehabbing or restoring derelict buildings based on their being located near desirable features. Dan kept apologizing about how clunky the platform was, but I was thrilled. He had actually turned my disorganized ideas into an actual working product.

The next day, the teams presented their apps and platforms. I had zero expectations, and in fact, would have been just as happy to skip making a presentation at all. The other teams had slick looking powerpoints and videos and obviously polished presentations. Meanwhile, Dan and I had our map-based platform and a few hand-written notes. Our presentation wasn’t nearly so polished as those from the other teams, but at least the platform worked. I give Dan all the credit for that.

After we finished our presentation, Dan started apologizing again about how unfinished our product was – but I reminded him that HViAB hadn’t even existed in any form 72 hours ago. As far as I was concerned, that fact that the thing even worked was amazing to me, and I told him so.

Even so, neither of us was surprised when Edifice won the grand prize. It was an awesome app. When Jitney Driver was named a runner up, that seemed like a great choice too. Their presentation had been smooth and the app itself was like a cooler version of Uber or Lyft. Then another runner up was announced, and Dan and I looked at each other in shock. The judges had chosen HViAB.

Since the hackathon, I have written a blog post about the platform, and the platform itself was picked up in several online publications. But platform itself has pretty much remained unchanged. Dan was working full time at CNT Energy when we participated in the hackathon and has since moved on to Sprout Social, so he’s not available to polish the interface. I haven’t been able to do much with the platform myself, either. As an independent, I only make income from billable hours, and I haven’t been able to spare the time or effort needed to flesh out the database.

That said, I would still like to make the platform more user friendly as well as enhance the database. The work that Dan did was awesome, and I do think it’s a pretty good idea, even if I do say so myself. I am hopeful that at some point that the platform could be developed to realize its true potential.

In the meantime, I think I accomplished the ultimate hack – being a winner in a hackathon without writing a single line of code. 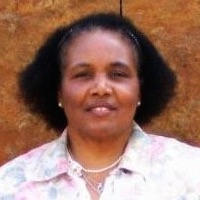 Audrey Henderson
I am an independent writer with advanced degrees in sociology and law from Northwestern University. I specialize in sustainable development in the built environment, broadly defined to include enhanced quality of life. I have written and presented on topics including big data, affordable housing, policy relating to the arts and popular culture, travel and personal finance for both online and print publications. I also engage in qualitative and quantitative research, policy analysis and data analysis in relationship to producing written articles and feature and am involved with the civic hacking community.