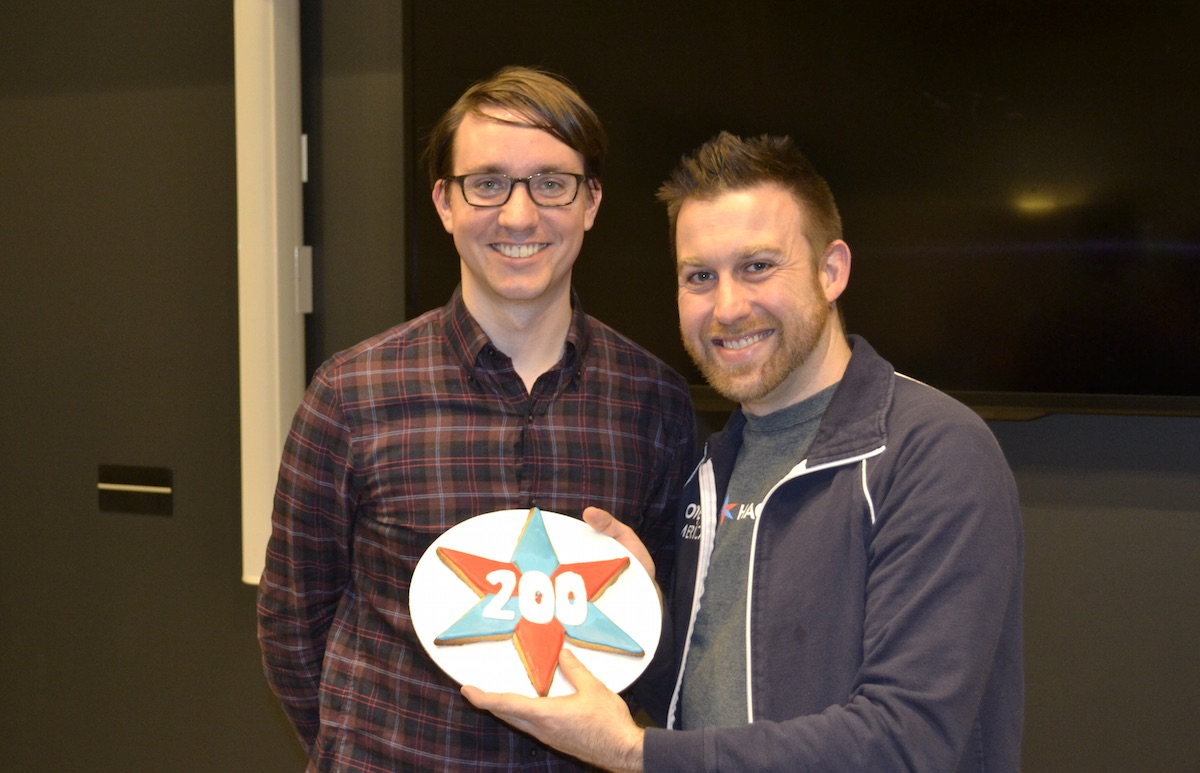 Happy 200 from Derek and Christopher!

From our humble beginnings on March 22nd, 2012 as 4 nerds sitting around a table eating macaroni, to this week with 130 people from across the city from all manner of backgrounds, skillsets and neighborhoods, we have come a long, long way.

For those of you who have ever attended Chi Hack Night, I thank you for participating. For everyone else reading this, come join us next Tuesday!

To celebrate this day, we forgoed from our typical presentation, and instead heard lightning talks from 9 members of Chi Hack Night about what they’ve done at or learned from our group.

Thanks to sponsorship from Microsoft and the skilled team Scrappers Film Group, we recorded all of them.

The Pension Project - Surprising Lessons in Civics by Ben Galewsky

Ben tells us what he’s learned from his project - Modelling Pension Reform in Illinois.

Eric tells us everything he could find out about one, really big, vacant, city owned lot while he was sick on his couch one Thanksgiving in 2014.

Kevin Wei tells us about what he’s learned as a Microsoft Civic Tech Fellow.

What does it mean to leave ego out of it? by Kristi Leach

Kristi reflects on what she’s learned at Chi Hack Night as a User-Centered Designer.

The City Is Your Classroom by Vinesh Kannan

Vinesh tells us of a strange class he had last week. But was it a dream?

My Building Doesn’t Recycle: The Odyssey by Claire Micklin

After launching in February 2015, the app quickly gained media exposure and amassed thousands of resident reports of buildings that do not offer recycling services.

Now it’s time to build on the momentum by extending the app’s capacity as an advocacy tool and encouraging further involvement from both building residents and policymakers.

Joel Inwood asks, so you built an app. Now what? He expounds further on this blog post.

Rene M Paccha goes over some example lessons to be embraced and the range of ideas he’s heard from attendees over the years.

How to avoid apps by Cathy Deng

Cathy says civic tech is more than civic apps. Let’s talk about some other types of tech projects!

Why I Come to Chi Hack Night by Emily Drevets
I don’t code or design or project manage or map. I am a writer. And an improviser. And sometimes a marketer. And I read a lot of books. Despite that, I have felt so welcome. More importantly, I’ve realized how every problem is interdisciplinary and we need everyone on board—everyone from all backgrounds— to solve them.

Becoming a Runner-Up in a Hackathon (without writing a single line of code) by Audrey Henderson
It was September 2012, and I was reading a description for the Reinventing Chicago event at CNT (Center for Neighborhood Technology) the following month. The cost was $100, which isn’t a huge amount of money, but not exactly pocket change, at least not for me. But just as I was about to enter my payment information, I noticed that hackathon participants could attend for free. Even though I had no idea what a hackathon was, I figured, it was a weekend. How bad could it be?

Why I Attend Chicago Hack Night Events by Daniel Bassill
I’ve been attending Chicago Hack Night events for at least 2 years and I’m writing this article to help celebrate their 200th weekly gathering. This image is from May 29, 2016, where the Heartland Alliance presented information. You can see me in the middle, sitting by the wall. That’s my usual spot. Helps me see better.

A place to learn and grow civic tech leadership by Christopher Whitaker
In both his State of the Union and his remarks at #SXSW, Chicagoan and President Barack Obama stated that the most important office in a democracy was that of the Office of the Citizen. At Chi Hack Night, we’re privileged to be part of an active movement of people getting engaged in their communities through the use of technology.

It all started with a Tweet by Steven Vance to Ted Whalen. Ted had written a blog post about how the official Chicago star is supposed to look like. Knowing this, who better to help with making a proper Chi Hack Night star-shaped cake?

Little did we know, Ted’s wife Donna was a pastry chef.

We got to talking with Donna about a cake, and quickly decided that cookies would be much easier, logistically. So we agreed to pay her for the materials to make 200 star-shaped cookies, each one numbered 1-200 for every event we’ve had.

Here’s how they turned out: 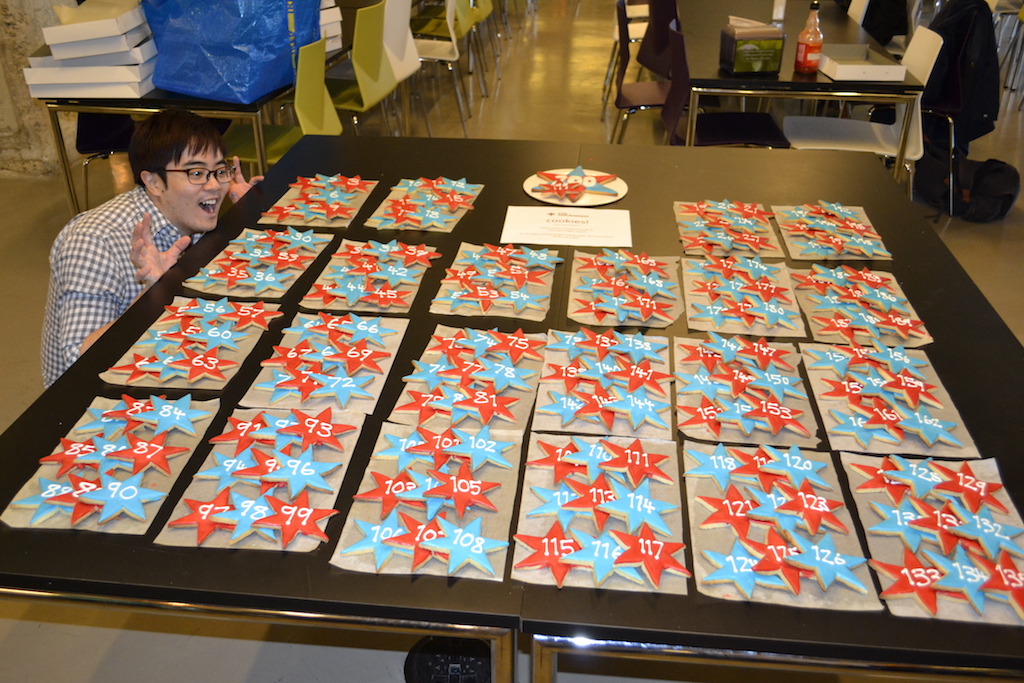 At Chi Hack Night 200, we invited people take a cookie to look up the event it corresponded to. The results were amazing.

Throwback to @chihacknight #172! @blacktechmecca presented and it was my first ChiHackNight :) pic.twitter.com/JnilKSDhJd

Donna also made a big 200 cookie, and of course Christopher and I ate it.

The ceremonial eating of the #chihacknight 200 cookie by me and @CivicWhitaker pic.twitter.com/kEwdenzj44

You can see more photos on Flicker and posts on Twitter under the #chihacknight200 hashtag.

Thanks to everyone for helping us build this community! Here’s to another 200!