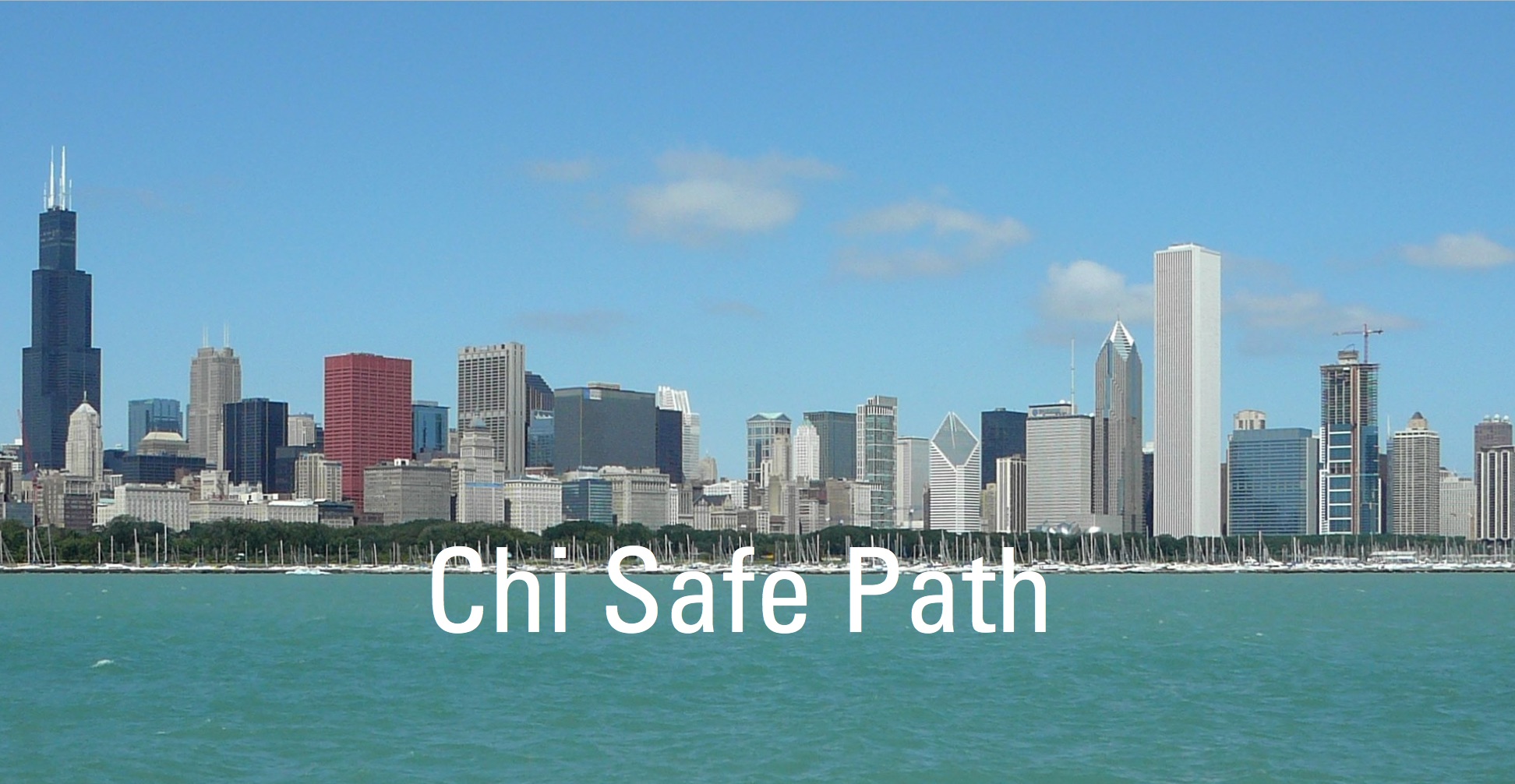 Since I started using regular public transportation about 15 years ago, it would not be an exaggeration to say that the world opened up to me. Sure, I got family members and friends to drive me around using my van. And I used Paratransit to get around when I couldn’t get anyone else to drive me.

However, both options gave me very little flexibility.

When I rolled places myself or took public transportation, I was able to go places when I wanted. If a bunch of people wanted to go out for drinks or a meal at the last moment, I was able to go. If there was one or two encores at a concert, I didn’t have to miss it. If I wanted to meet a friend or pick up something at a store after work, I was able to because I didn’t have a ride waiting for me which was scheduled the previous morning.

I discovered something else that wasn’t as positive, though. I was seeing how bad the sidewalks and curbs were all over Chicago. It wasn’t contained to certain neighborhoods. Though it was far worse in some neighborhoods as one can imagine.

It is not only the occasional curb which didn’t have a curb cut that made me backtrack one or two blocks, sometimes even a mile, to find a way to cross.

That is just inconvenient and frustrating. It’s also the extremely treacherous sidewalks, curbs and cross ways that have the potential of doing great bodily injury.

I have a behemoth of a power chair. For a wheelchair, it’s considered heavy duty with bigger front wheels and stronger frame. I also have been using power chairs for quite a while, so I really know how to maneuver.

I’m very scared at times when I go places simply due to the condition of the sidewalks and curbs. I have tipped this bad boy over on more than one occasion because I went off a curb the wrong way. Sometimes I was with a group of people and they caught my chair before I hit the ground. Sometimes I hit the ground and injured myself. Once I sprained both of my ankles because my chair tipped forward.

This is not only my experience. When I talk to people about sidewalks and curbs, the vast majority of the people have stories of their own. Even people in their twenties without any visible disability were telling me that they just were injured. Several people told me that they no longer go out by themselves because they fear falling due to the condition of sidewalks and curbs.

They don’t roll around the neighborhood. They don’t go to the store a few blocks away. They just stay inside unless they have someone to help them if they fall over in their wheelchairs or scooters.

It’s not limited to people who use wheelchairs. People who walk tell me that they have a lot of trouble. One of them asked if it would be better if he were to use a scooter to get around. This is a guy normally walks faster than most people I know.

Some examples of bad sidewalks and curbs 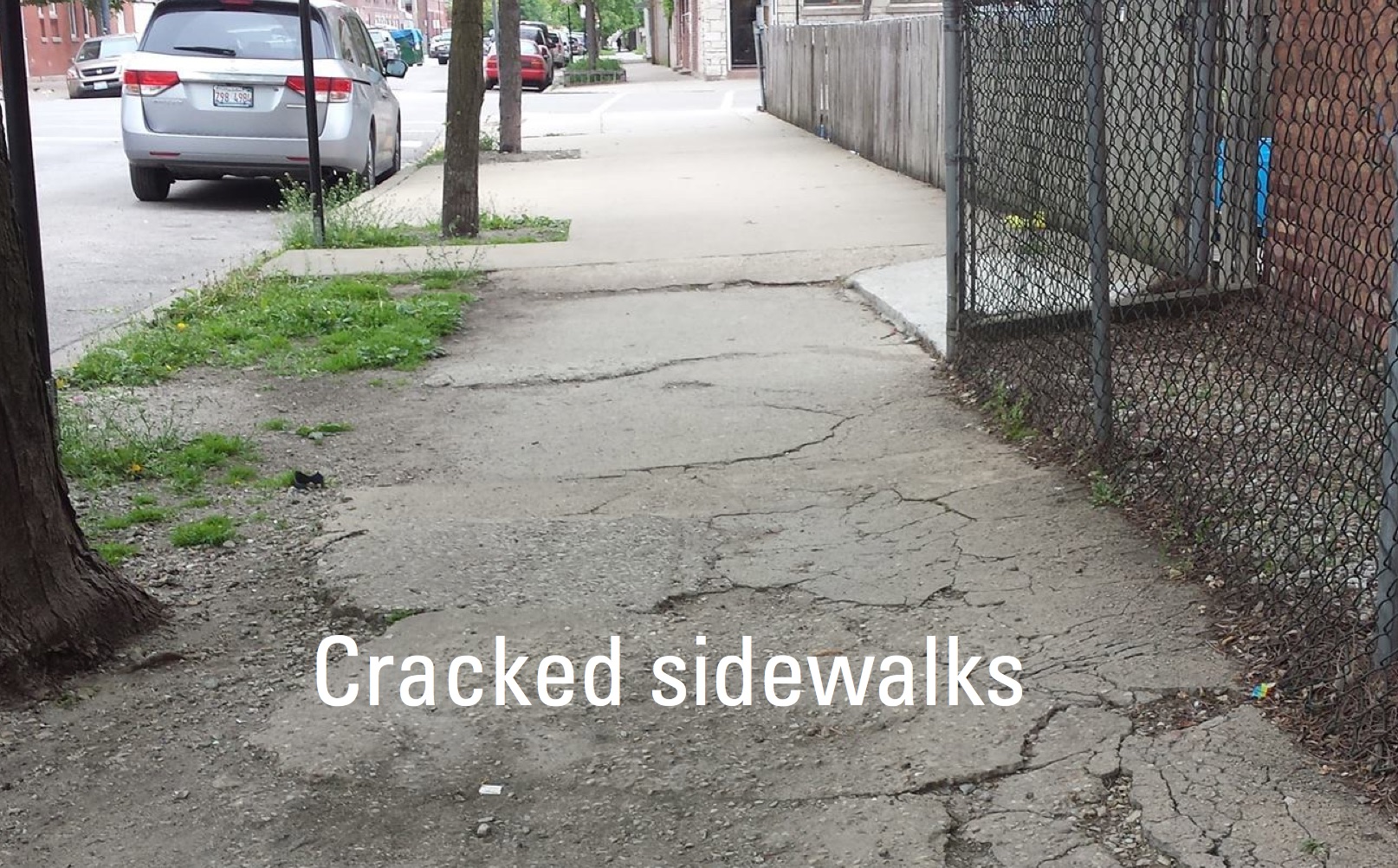 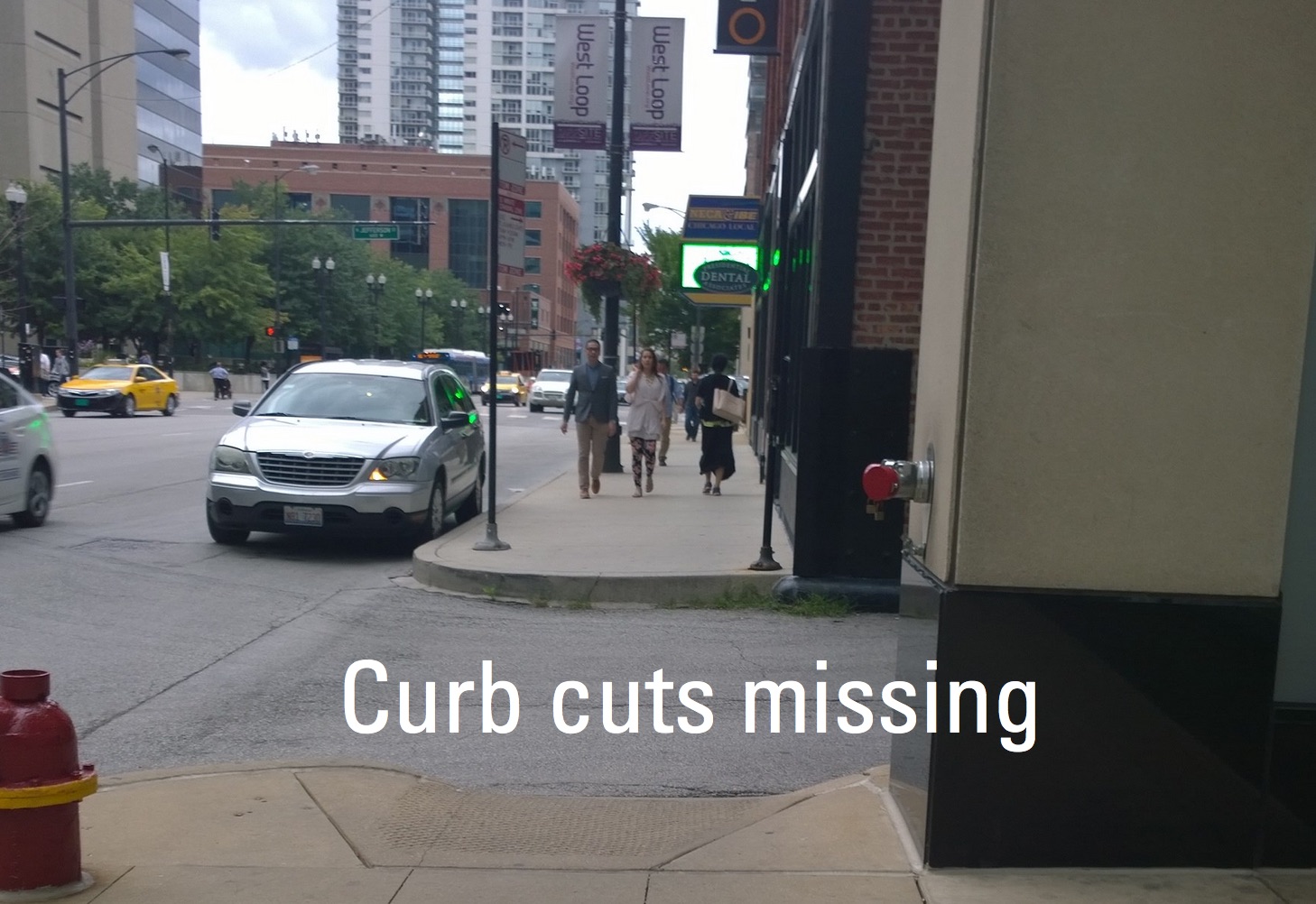 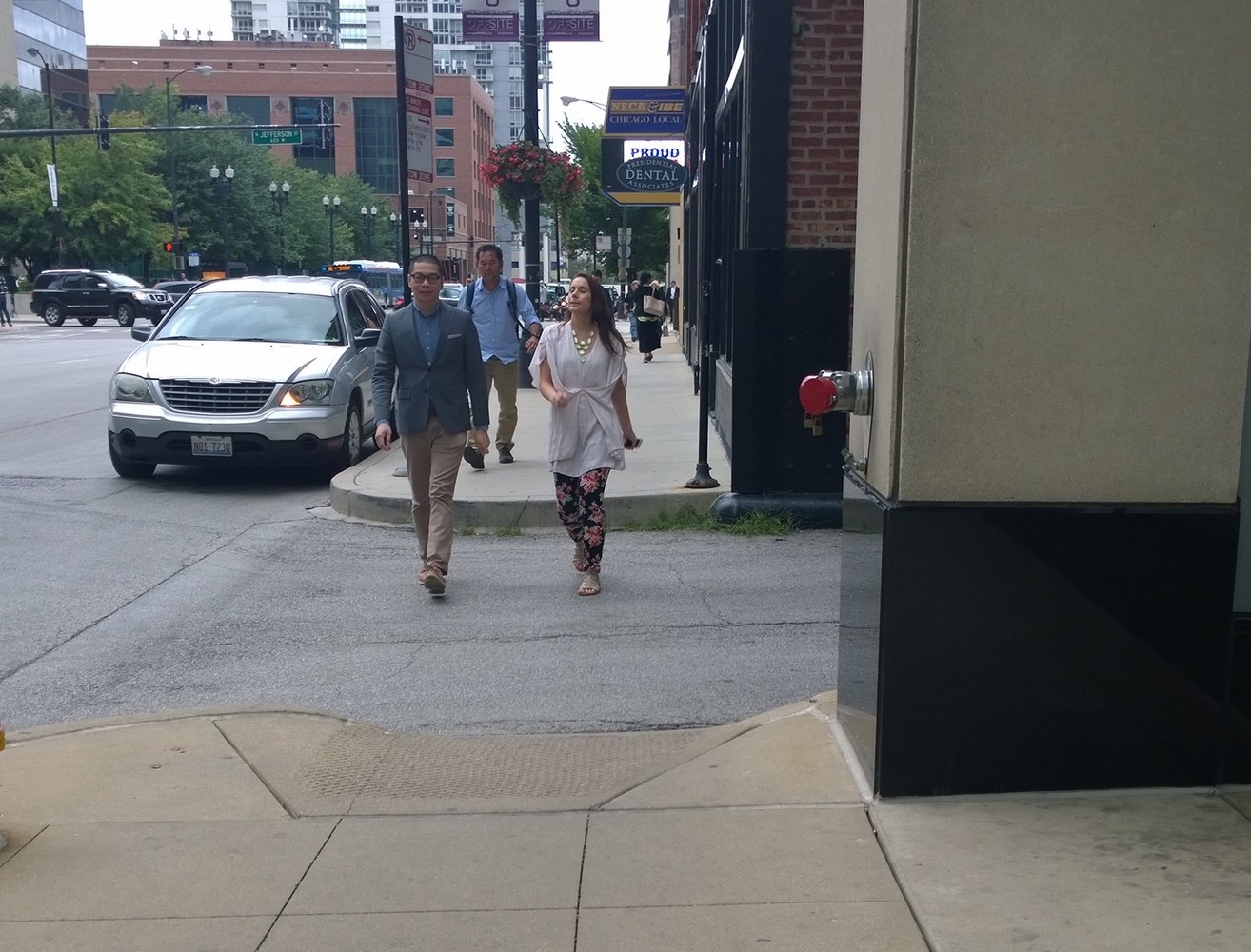 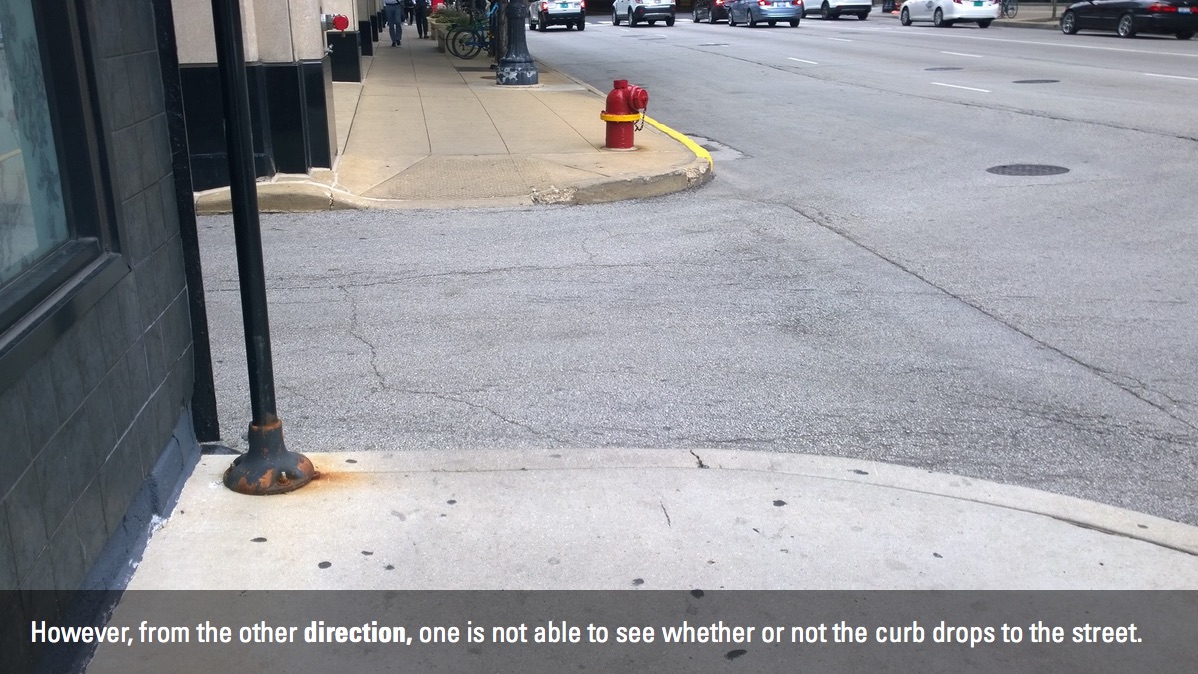 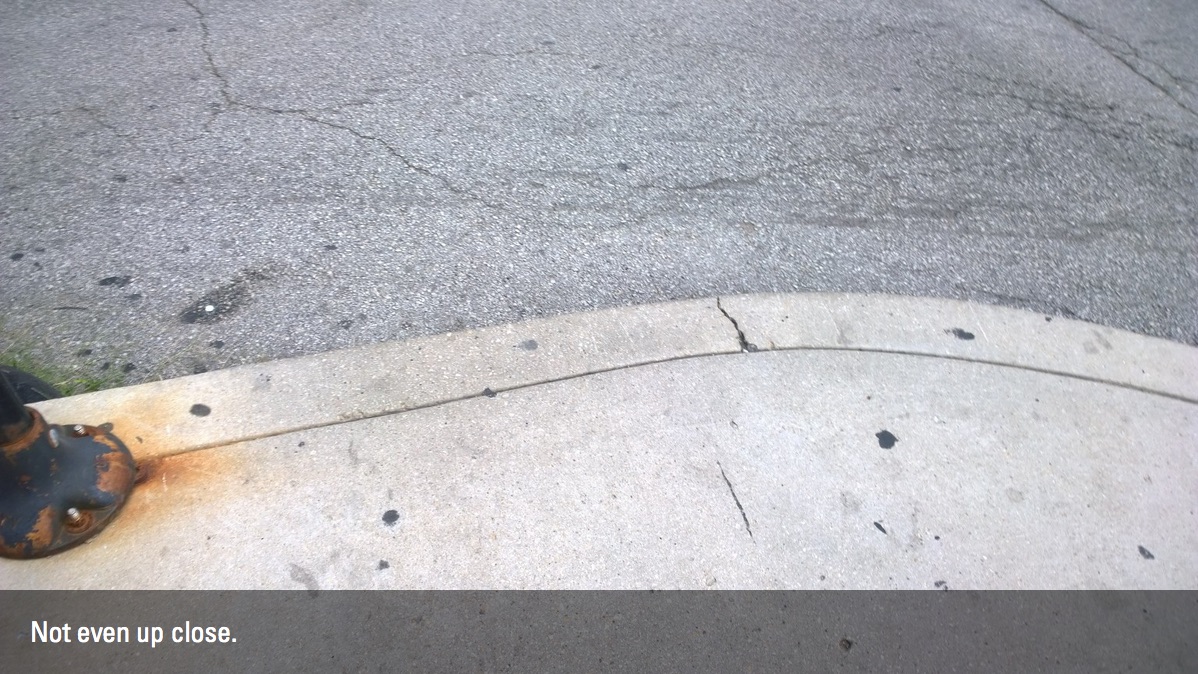 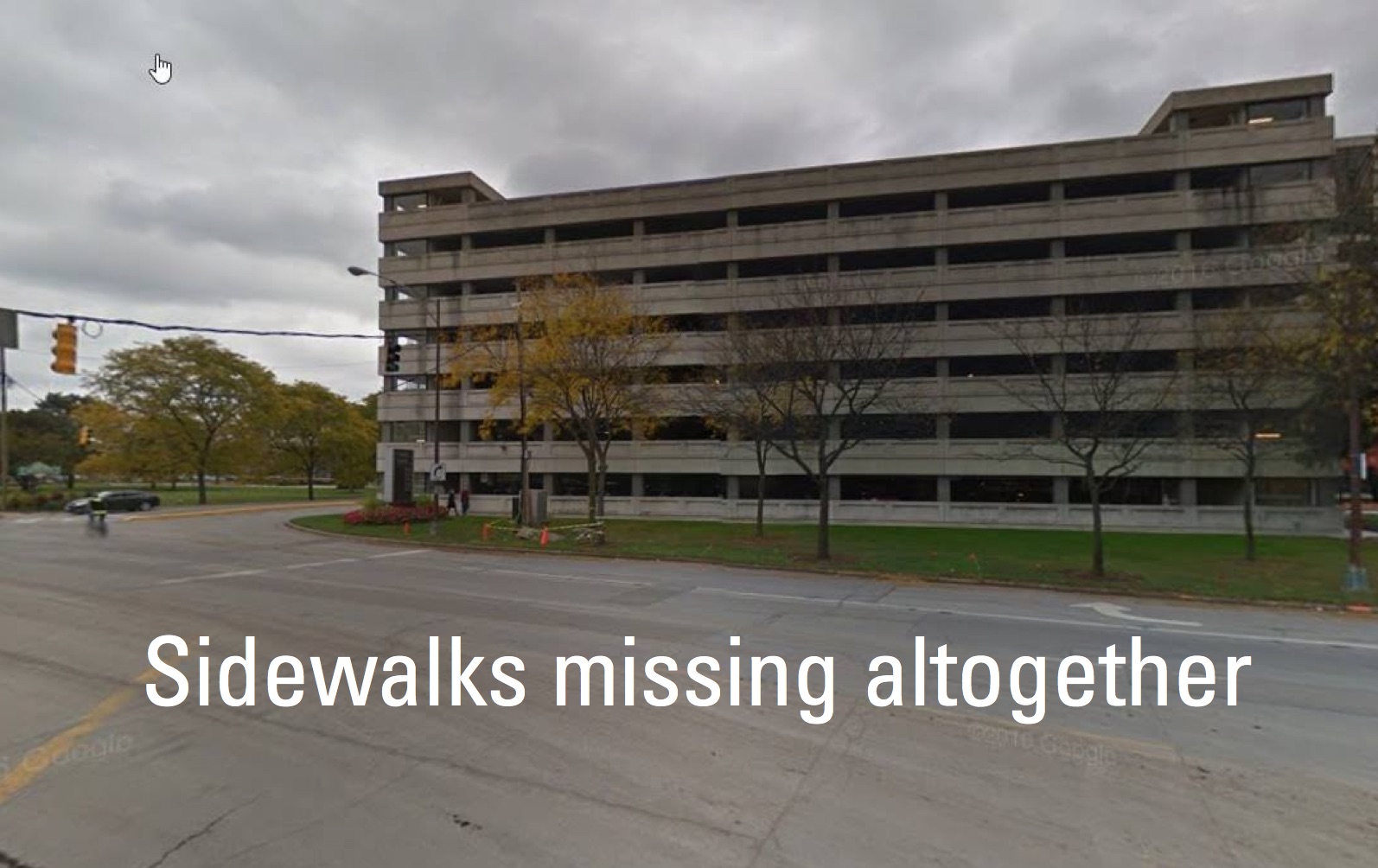 Sidewalks pitched towards the street 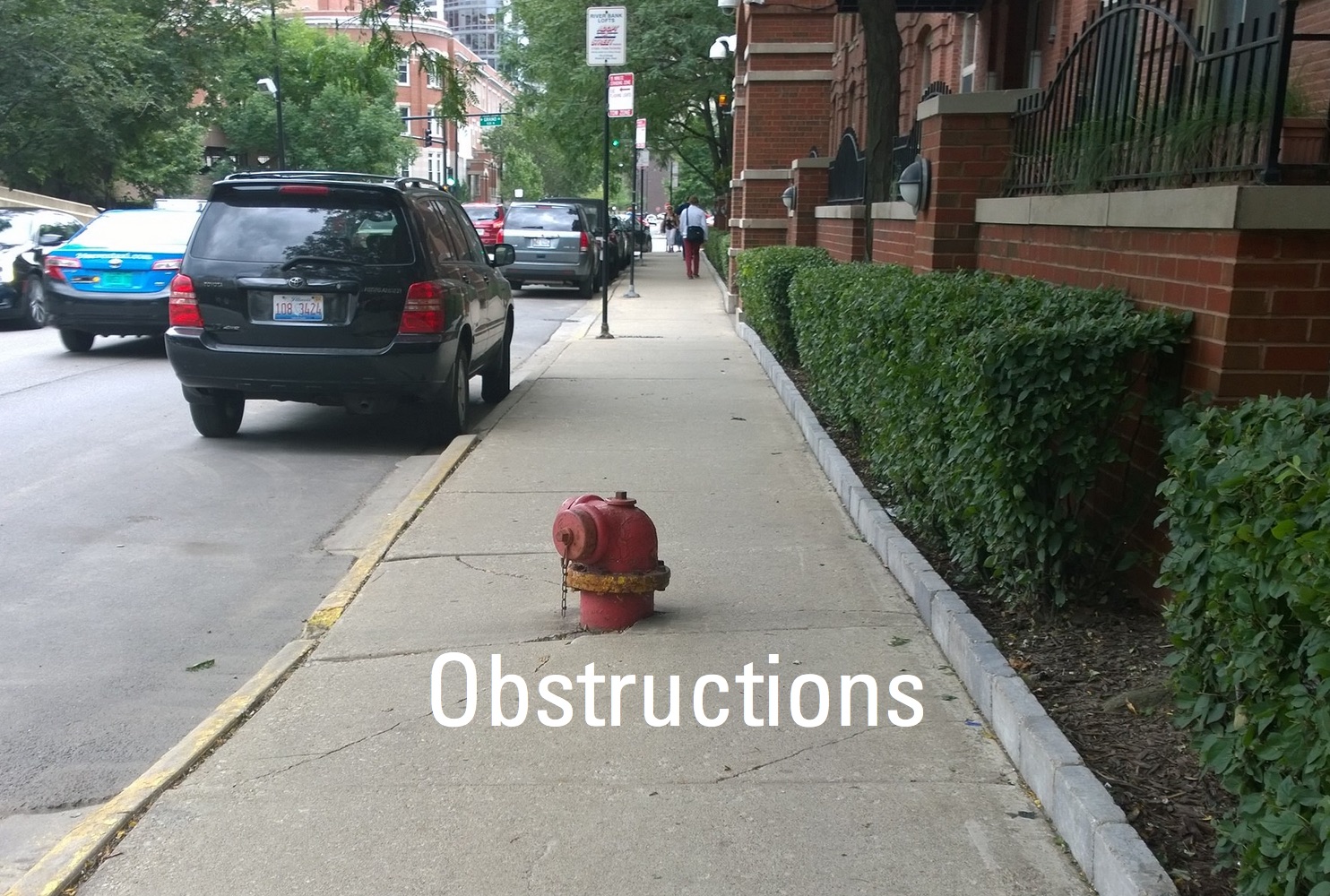 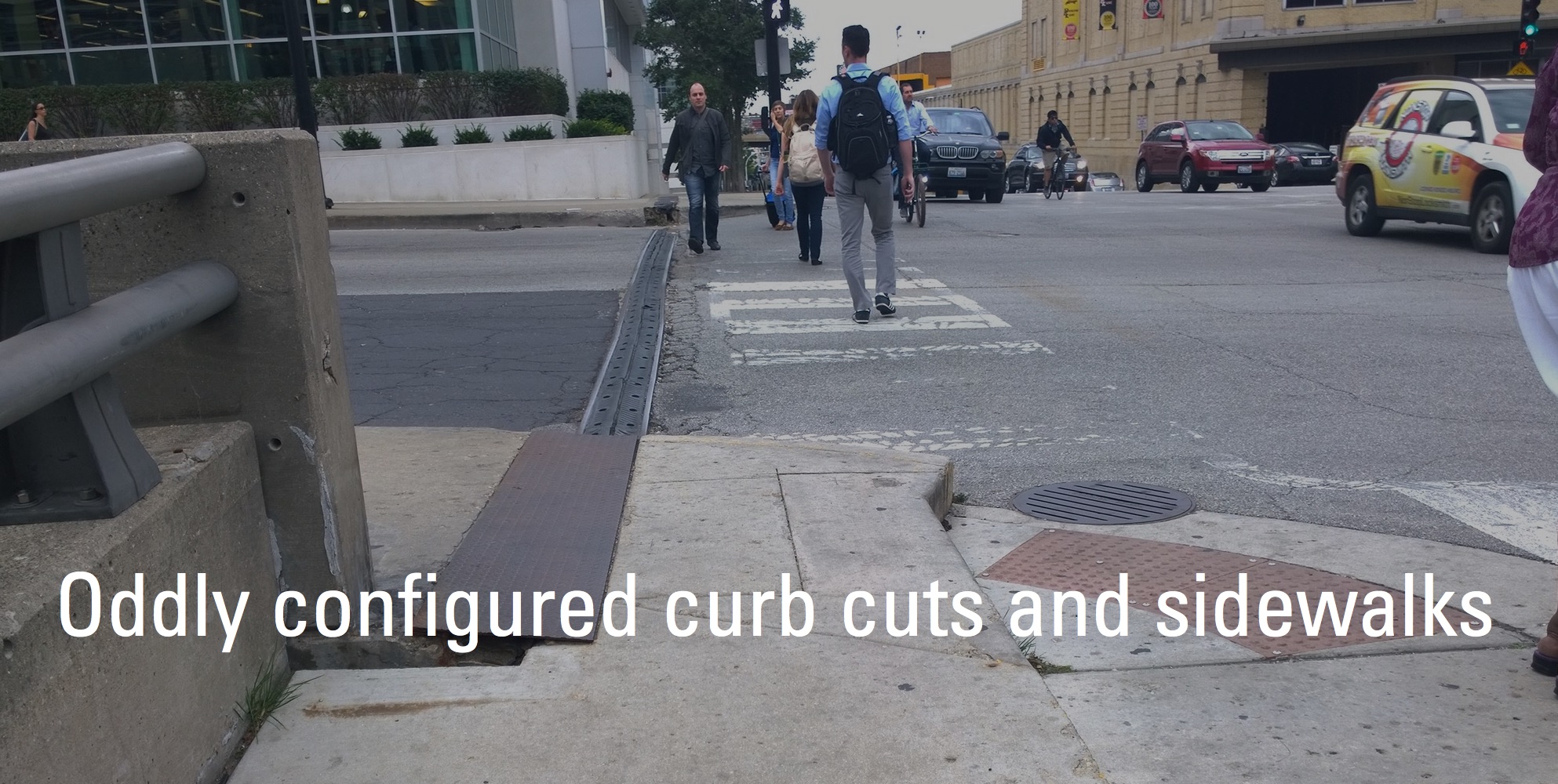 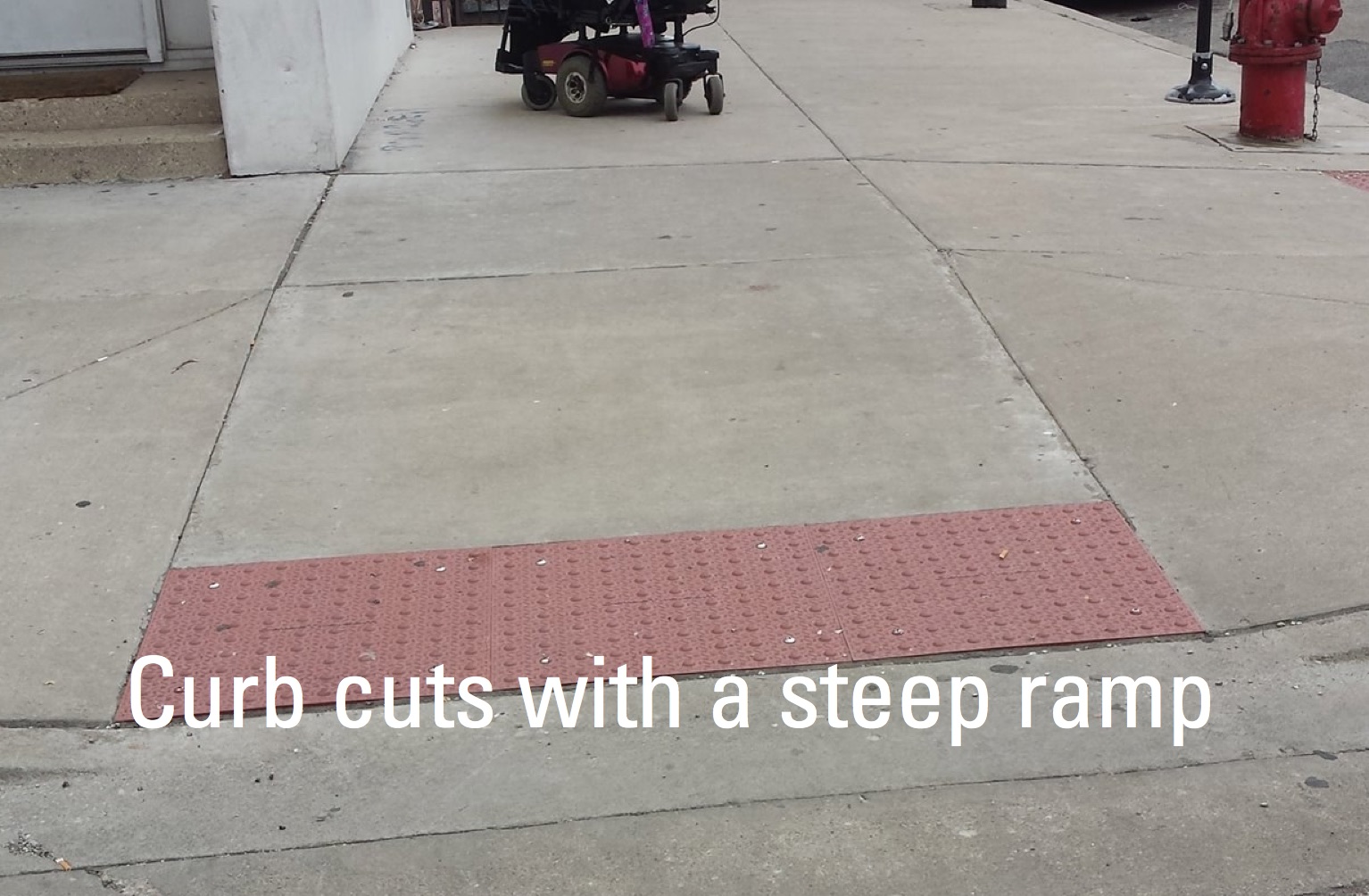 The personal impact of Bad sidewalks and curbs

Bad sidewalks and curbs have the potential of dramatically limiting what people with mobility issues are able to do. It can affect just about every area of life.

In a word, ISOLATION.

Meanwhile, people are often unaware that they even exist simply because they aren’t out.

Let’s make an app for that: Chi Safe Path

The app will allow the user to report issues multiple ways. Since it’s not always desirable to report things on the spot (i.e. no wifi, weather, in a hurry, etc.), the user will be able to take a photo of the bad sidewalk or curb. Using the phone’s GPS, the app will capture the location where the photo was taken from the embedded metadata in the photo – saving the user time and effort typing the address. Of course, the user would still be allowed to type the location.

The map will show all the reported issues giving the user a heads-up where problematic areas are, so s/he doesn’t have any last minute surprises that could potentially save time or more importantly avoid serious injury. The map is a great way to prepare for that casual st/roll around a new neighborhood or when the user doesn’t have a specific address in mind.

The routing feature will give the user with mobility issues a way to safely get where s/he has to go. It’s great for when the user is going to a specific address in Chicago.

The current team is:

We’d love your help, especially from Ruby on Rails developers and web designers! If you’re interested in helping out, email Steven! 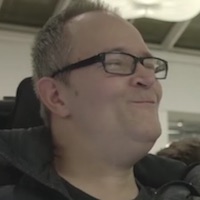 Steve Luker
Steven is a Chicagoan, app developer and regular Chi Hack Night attendee. He has a behemoth of a power chair.