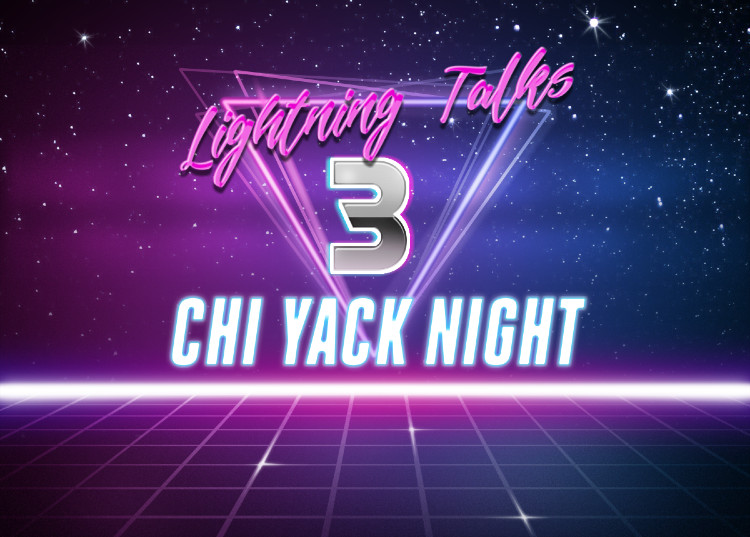 Lightning Talks return for our last Chi Hack Night of the year on December 13, 2016!

Do you have an interesting or funny story to tell about civics, society and/or technology? Want to show off that awesome project you’ve been working on? Now’s your chance to tell it to the world!

Between five and ten proposed talks will be picked to present at Chi Hack Night for fame and glory!

Here’s a few examples from last time for inspiration:

Hacking for Inclusion by Cathy Deng

Cathy debuts a small project that can nudge us to be more mindful & inclusive at Chi Hack Night: AreMenTalkingTooMuch.com.

Eric tells us everything he could find out about one, really big, vacant, city owned lot while he was sick on his couch one Thanksgiving in 2014.

The City Is Your Classroom by Vinesh Kannan

Vinesh tells us of a strange class he had last week. But was it a dream?