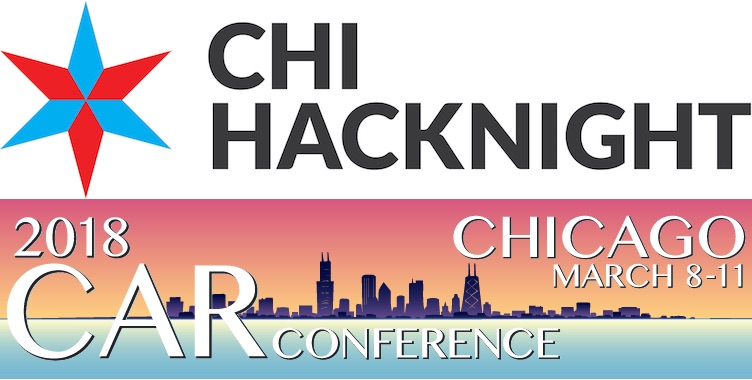 On March 10, 2018, a cadre of journalists, civic tech folks, and other interested people gathered in a room at the Marriott Magnificent Mile to discuss the relationship of civic tech and data journalism. The session was part of the NICAR 2018, an annual conference on data journalism, hosted by Investigative Reporters and Editors (IRE).

Derek Eder and I were to facilitate the discussion at this session, which was called “Civic Tech and Data Journalism: Better Together.” We didn’t include a period on the end of the title, but for us it was implied – it was a statement of fact.

However, we soon found, just minutes into the discussion, that, for many in the group, the title should have ended in a question mark.

At Chi Hack Night, we see a fair number of journalists come through our doors, whether as presenters or attendees, “regulars” or one-off visitors. People engage freely with journalists, ask relevant questions, and try to help each other with projects when possible. For those who have attended regularly, or have only ever known this particular civic tech community, this doesn’t seem strange at all. However, to many others, this symbiotic relationship is far from a given.

For the journalists in the audience, the question that seemed to run through most of the conversation was, “should I be here?” In other words, is it right or beneficial for journalists to inhabit civic tech spaces? Some in the group had never experienced a civic tech space, others had maybe attended meetups once or twice, and a few had attended a little more often. But even those who had been to Chi Hack Night before had their misgivings. Below, I’ll outline the main questions that arose in our discussion.

Does being here violate my responsibilities as a journalist?

Some journalists in the audience weren’t sure if it was appropriate for them to inhabit these spaces. Would attending these meetups cause them to be impartial? The issue for them seemed to be that, when meetups turn to discussion of advocacy and building of related solutions, many journalists believe that it’s time for them to leave the room or at least take a step back.

Still, not all the journalists were in agreement on this point. One journalist expressed that he didn’t believe in “objective journalism” – to him, objectivity is not the correct aim of journalism. This is a conversation that many have weighed in on, especially since the 2016 election. However, it was a question that we couldn’t answer for the journalists, in our capacity as civic tech people – ultimately, journalists and the publications they work for, guided by the input of the public they serve, must decide what approach to take.

What responsibilities do civic technologists have?

Several of the journalists expressed concerns about civic technologists’ data analysis practices, specifically instances where civic technologists may not understand the importance of or remember to clean up a data set, to cite others’ work accurately, or to continue addressing an issue after building their app. These individuals seemed cautious about engaging with civic tech communities without those responsibilities being clearly understood by civic tech practitioners.

Are these spaces welcoming to journalists?

This uncertainty about building relationships with civic tech came up again when a journalist from another city mentioned that their local civic tech meetup takes place in a building where a news magazine is also produced, yet there was a sense that the meetup wasn’t welcoming to the journalists. Building a link between the two seemed to be hampered either by the civic technologists not viewing journalists as part of their community, or by their being techies, perhaps signaling to folks like journalists that the meeting isn’t for them.

The question of whether these spaces are welcoming to journalists was echoed by others in the room. Many people had never attended civic tech meetups, and thus wondered who attends. We told them that, at Chi Hack Night, it’s a mix – tech people (sometimes on behalf of the companies they work for, but often not), data people, activists, and many others who were interested (including journalists). The concern that they might not be sufficiently tech-savvy to attend these meetups seemed to give many pause. We reassured them that Chi Hack Night (and similar events) can be a place for people to build skills, no matter how much tech knowledge people bring.

We also found ourselves reassuring journalists that these spaces aren’t overrun by “startup bros” looking for co-founders or aggressively looking to pitch their startup to reporters. In our experience, these haven’t been serious issues at Chi Hack Night, perhaps because the event structure and content sets the tone at the beginning of the night. From the welcome to the presentation, the event has an effect on setting up people’s expectations on what the gathering is about and how to behave while attending.

Are we working toward the same goals?

That said, this mutual wariness about goals is not unique to journalists and civic tech folks. Many politicians, nonprofits, and activists may feel this toward journalists or civic technologists. However, a well coordinated civic tech gathering can help mitigate some of that. Chi Hack Night succeeds in bringing together a variety of people from all those groups – and beyond – to collaborate and try to understand each other’s perspectives.

Where do we go from here?

At the end of the session, which could have gone a lot longer to really dig into some of the points that were raised, it seemed as though the fundamental question “should I be here?” may still have hung in the air; nevertheless, I felt that the air had shifted perceptibly, from hesitation and lack of information to curiosity and a desire for more information. We may not have been able to definitively answer all the questions that were raised – and perhaps they never can be definitively answered – but they remain important to consider, and I look forward to discussing them further for many Chi Hack Nights to come. 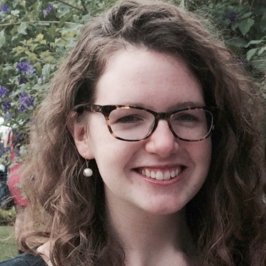 Katie O'Shea
Katie O’Shea is a content strategist at 3Points Communications, a Chicago PR firm. She develops articles and other written content for clients and for the firm, helping build cohesive brand stories. Outside of work, Katie draws on drink coasters (instagram.com/artoncoasters).