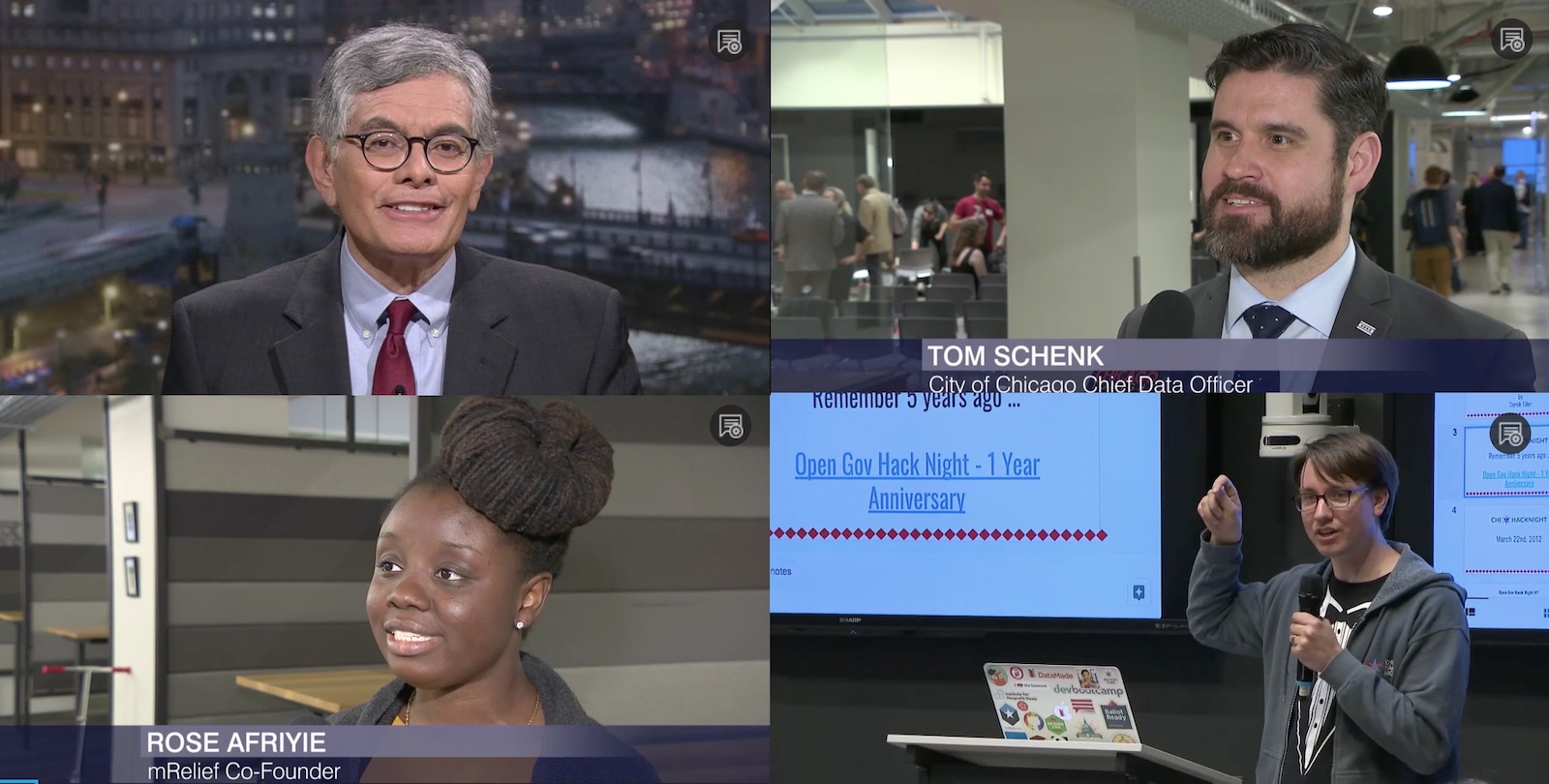 On May 16, 2018 WTTW Chicago Tonight featured Chi Hack Night on their program. The segment covered our 300th event and included interviews with a cross-section of our community.

Watch the segment below:

Featured in the segment are:

Also in the segment, I discuss how I see Chicago’s Civic Tech community as it relates to the broader technology sector and specifically Silicon Valley:

While Chicago’s tech sector is growing with new startups, established companies and talent landing in the city every year, Eder wants to draw a distinction between the innovations born at Chi Hack Night and the practices of Silicon Valley.

“They’re gonna move fast and break things and they’re gonna try to dodge all the rules and just get ahead,” Eder said. “I see us as an answer to that. I see us as a foil to that. We want to use tech responsibly and ethically and in a measured way that helps promote the good things and doesn’t allow for rampant bad things to happen.”

If that sounds like something you agree with, join us next Tuesday at 6pm!

Chi Hack Night meets every Tuesday at 6pm in the Braintree office on the 8th floor of the Merchandise Mart in downtown Chicago.