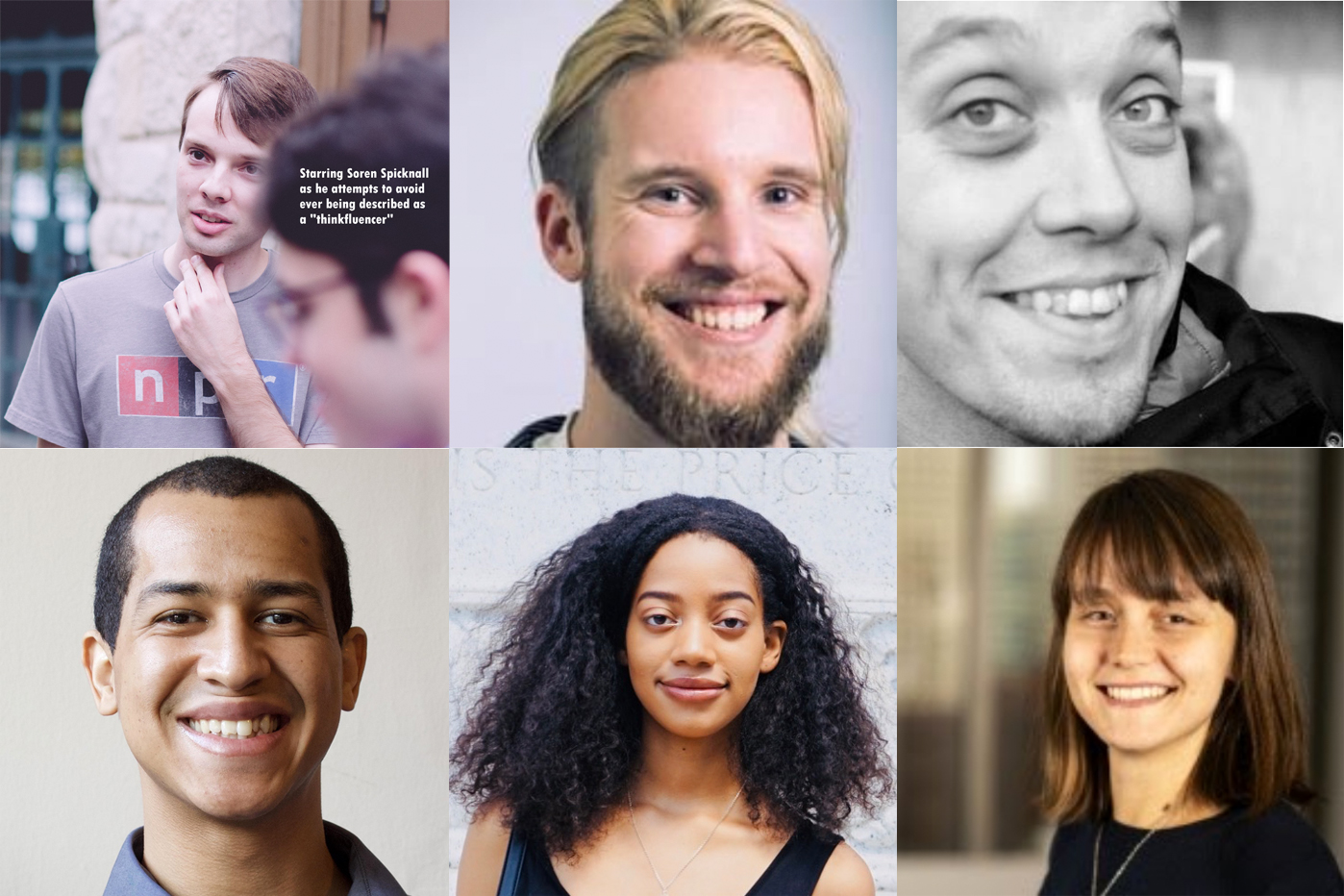 On Feb 4, we held our first-ever General Meeting and election for our Board of Directors. We were amazed at the turnout. Of our 41 official Members, 30 attended in person to cast their votes.

There were three members chosen by Chi Hack Night Members based on popular vote and three appointed by the current Board of Directors with majority Membership approval. All board members serve 2 year terms.

Voting took place at our General Meeting, which happens once a year according to our Bylaws. This meeting was for Chi Hack Night Members only. At the meeting we followed this agenda and discussed a change to our Bylaws to allow Members who recently joined to participate in voting. We also heard from each of the 9 candidates running for elected or appointed seats. You can read their candidate statements here.

Elected Board of Directors seats (top 3 vote getters are elected)

8 of 12 Board Members also approved these Bylaws changes. The amendment is adopted. 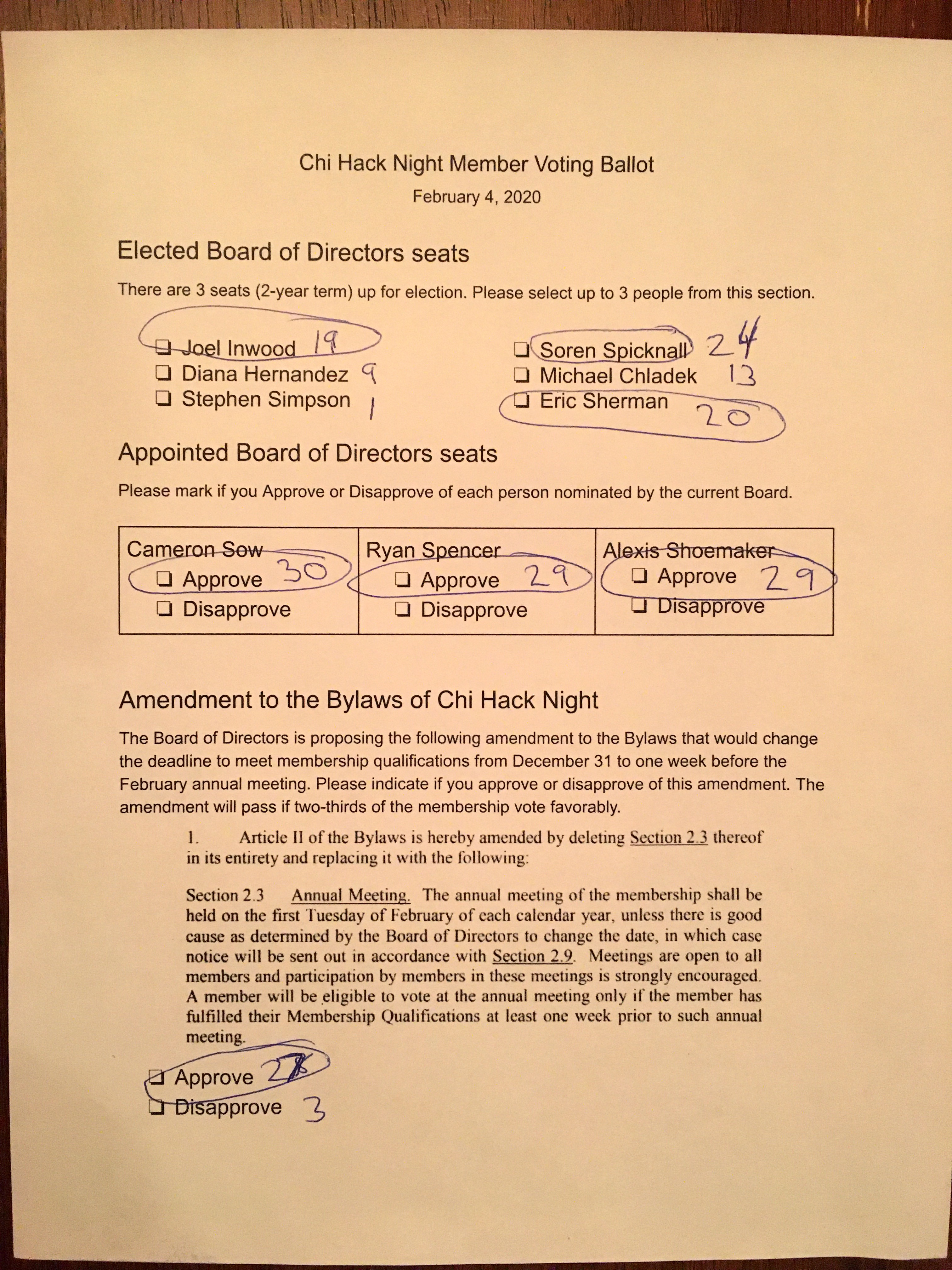 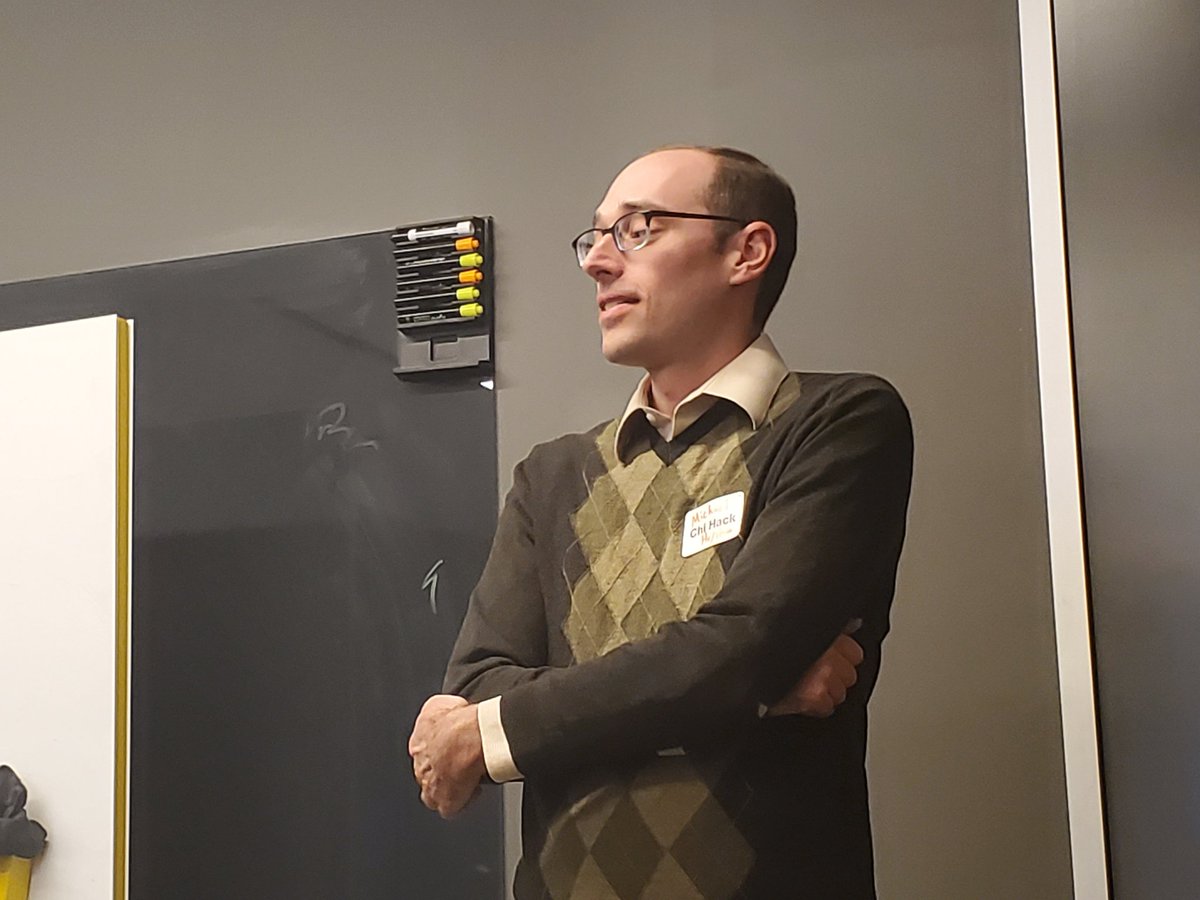 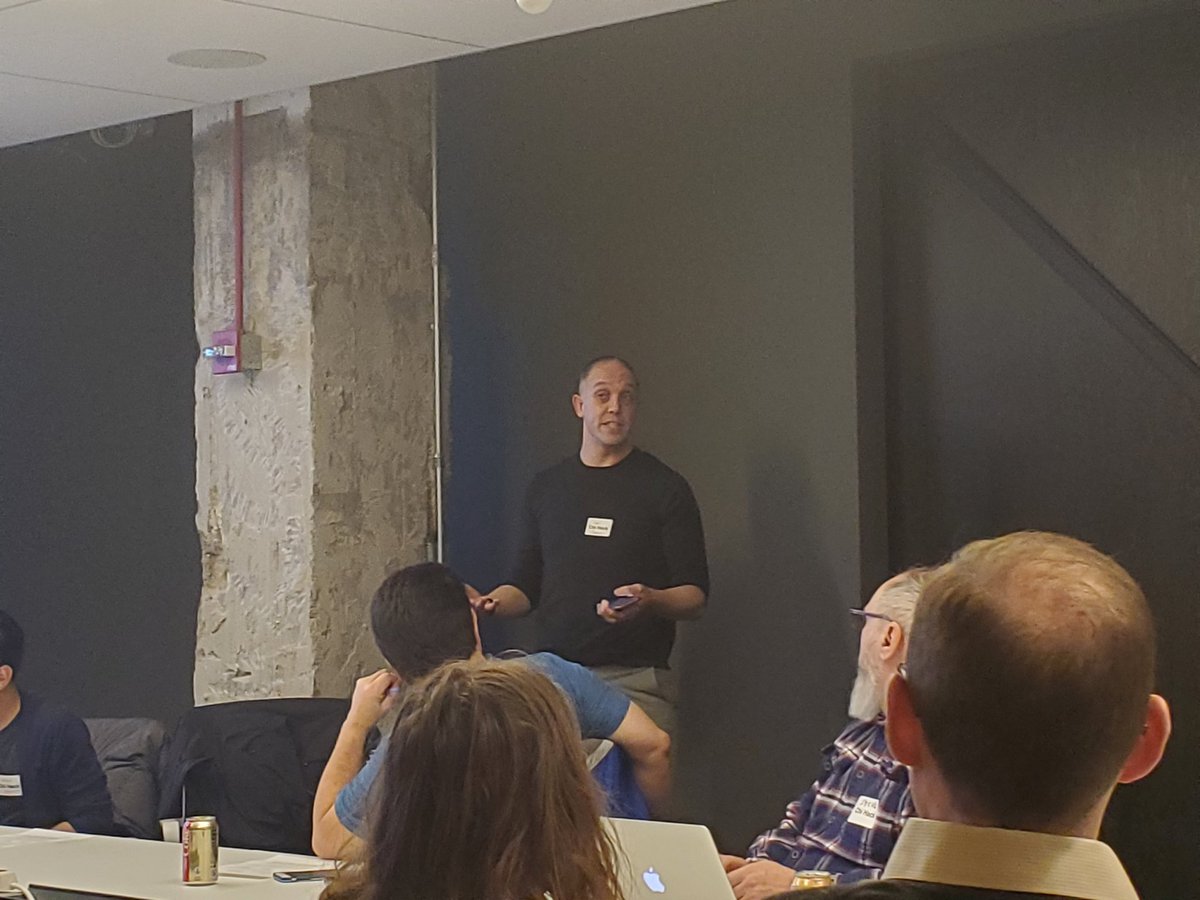 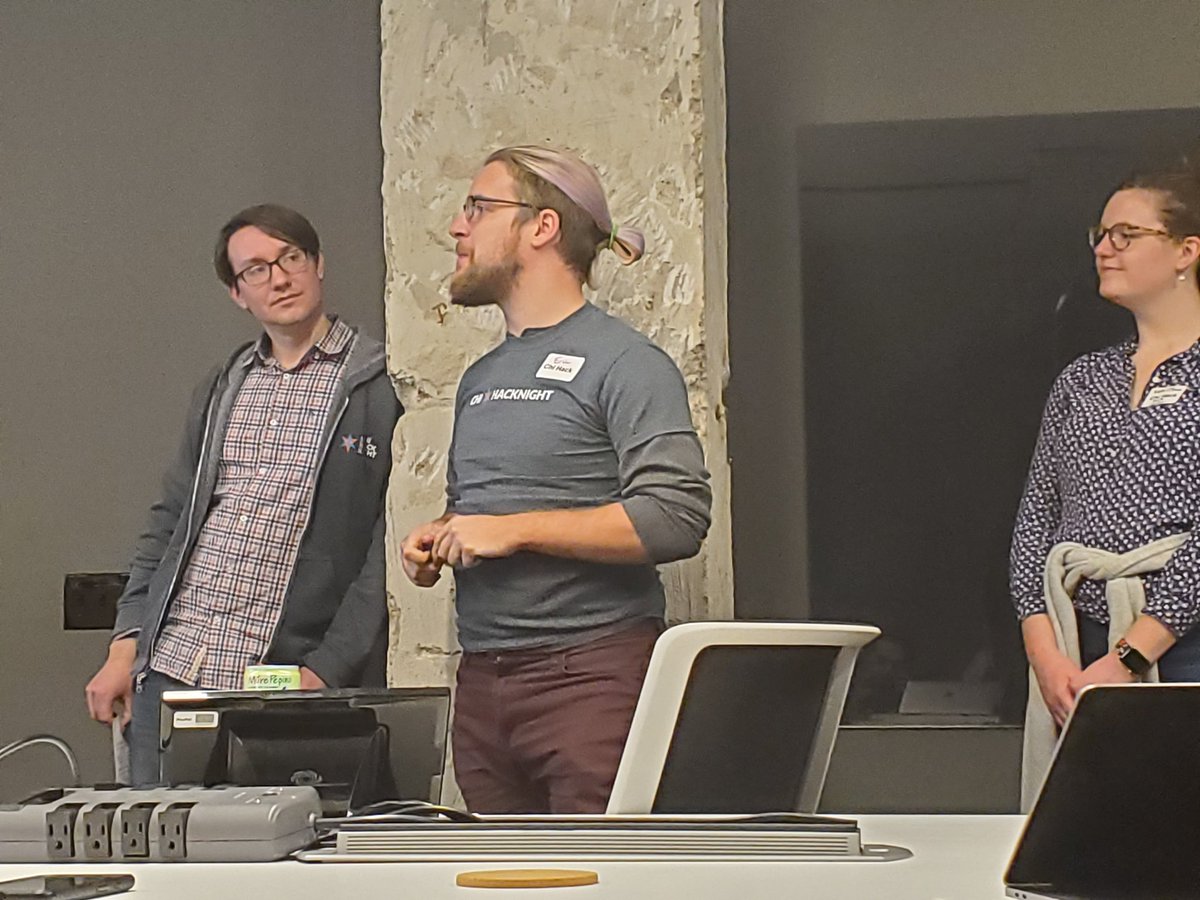 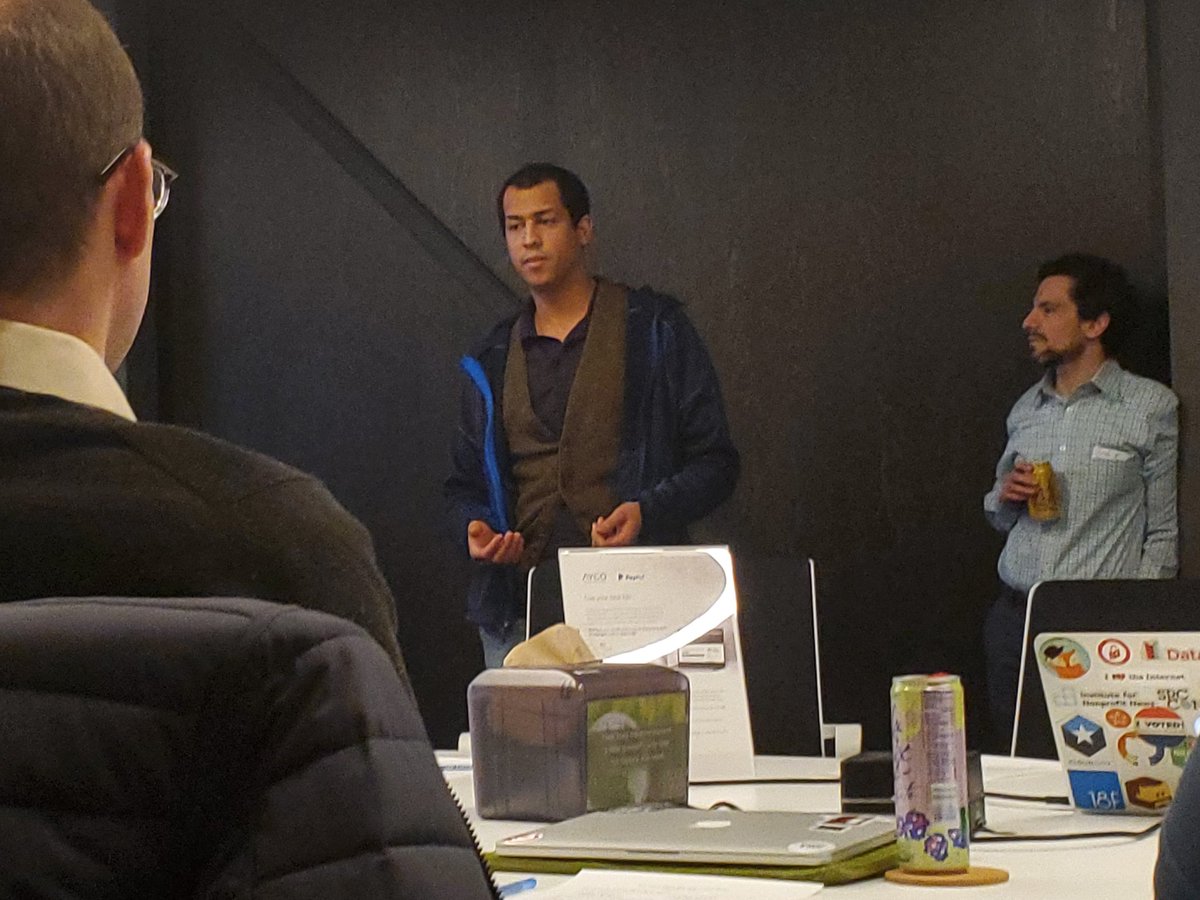 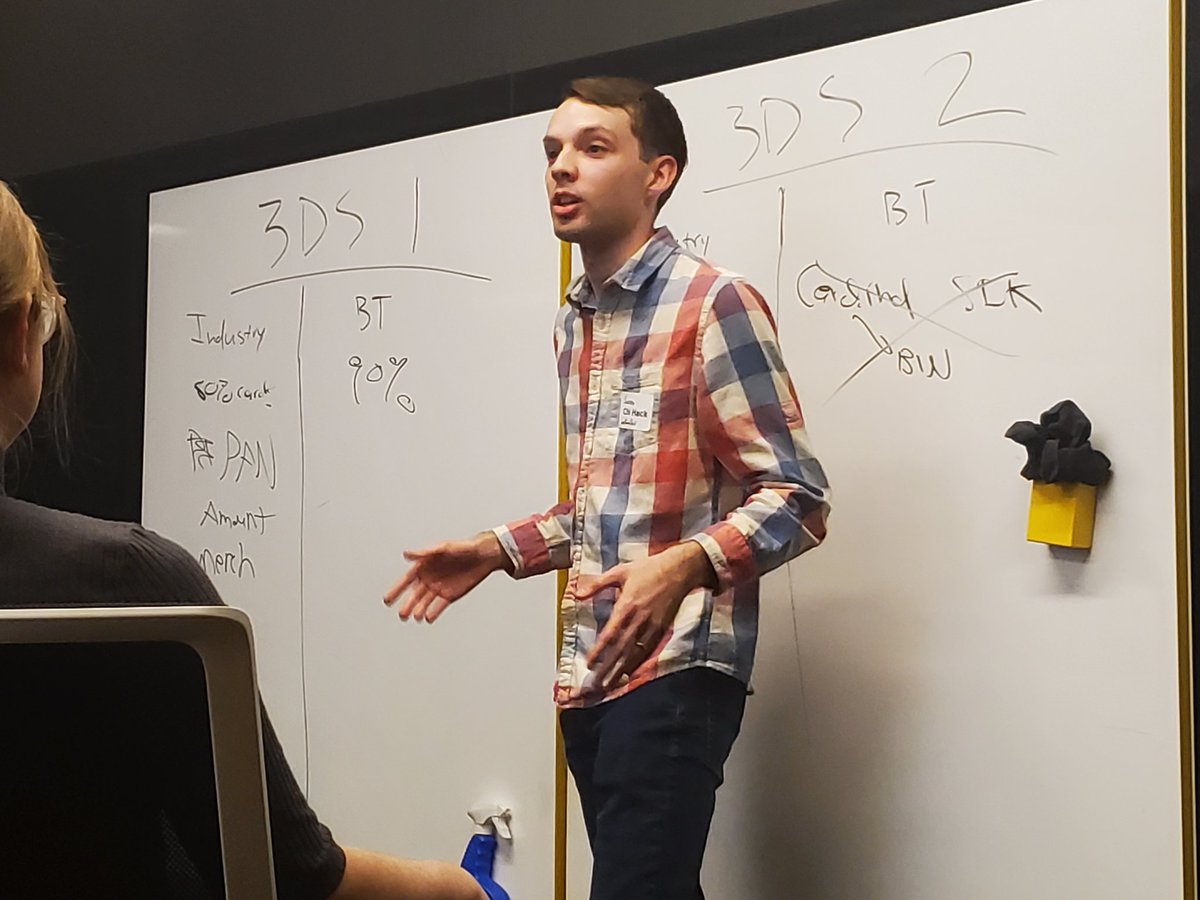 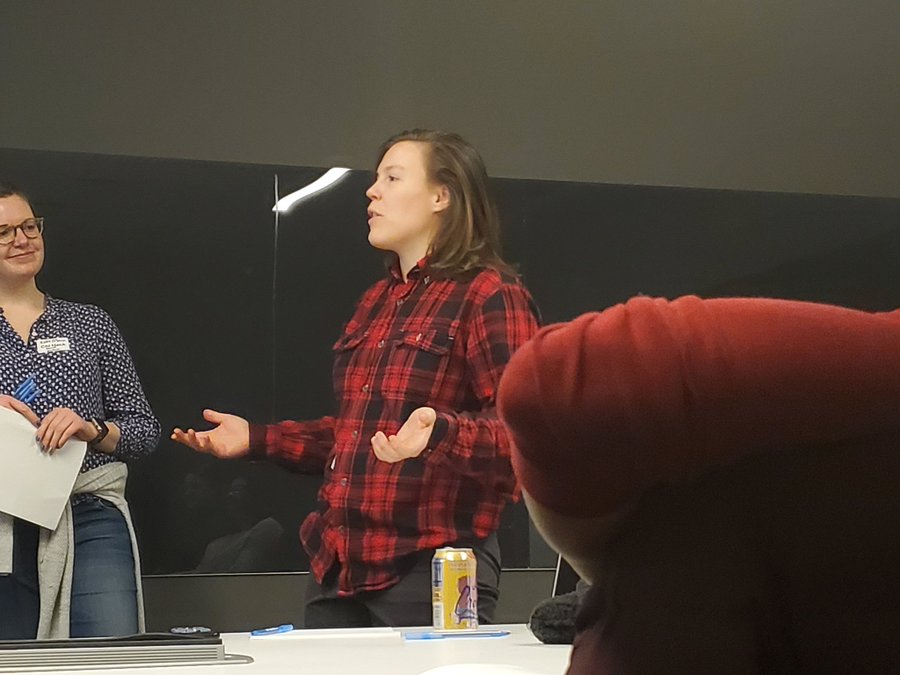 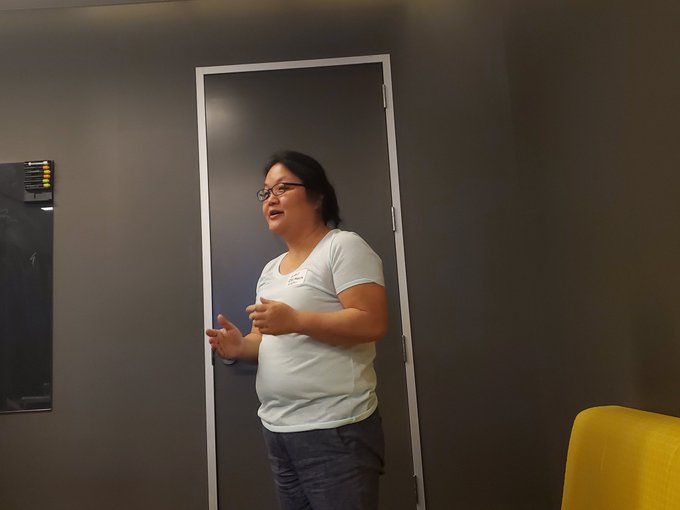 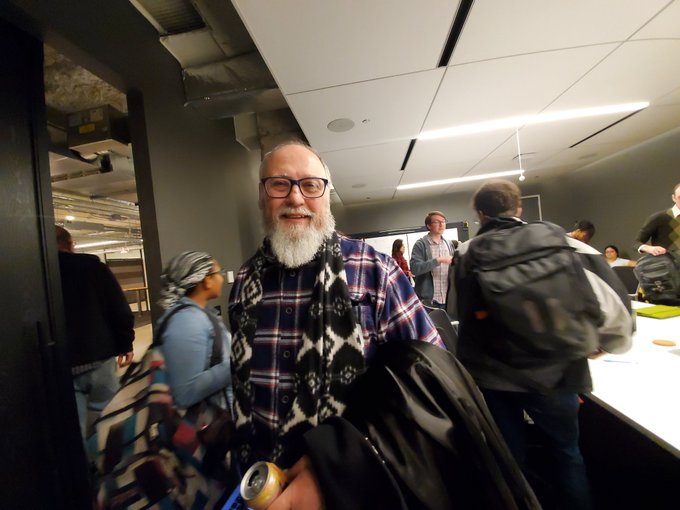