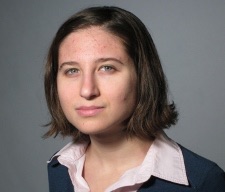 As you have probably heard, Chicago Public Schools (CPS) is in the middle of a financial crisis. But how much money does CPS have left? Why is the district running out of cash? And when did it become clear to school officials that a financial crisis was brewing?

Finding the answers to these questions often requires skipping past officials’ public pronouncements and looking closely at the numbers. CPS, the city, the state, and every other government body publishes comprehensive annual financial reports that explain exactly where each dollar goes – as well as the government’s overall financial picture.

Heather Gillers, reporter for the Chicago Tribune, has written extensively about CPS’s budget situation. At Chi Hack Night, Heather will talk about how to read these financial reports and share some of the findings she’s written about.

Have a photo of this event? Upload it to Flickr and tag it with chihacknight192