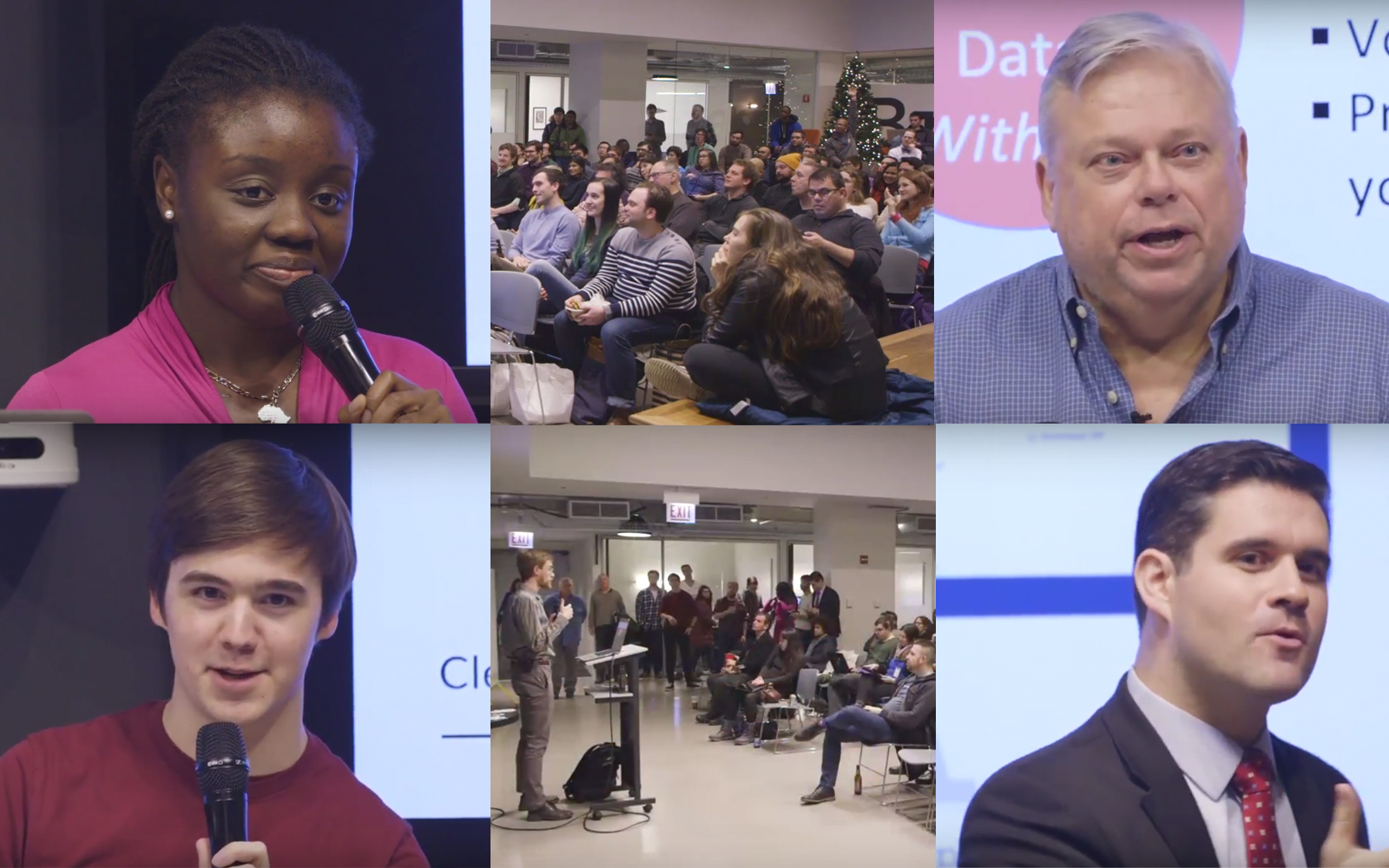 Based on the success of our two previous Lightning Talk rounds, we decided to end 2016 with a another round of talks from members of our community.

Eight members of the Chi Hack Night community shared their own story or insight about civics, society and technology.

The major themes this time around were the needs, tactics and benefits of inclusion, perspective on our community’s role in society, and the responsibilities that we have as users of data.

You can watch all of the talks below, or all together in one big YouTube playlist. Thanks again to everyone who presented!

1. Andy Rasmussen: Are Men Talking Too Much at CHN? The Final, Definitive, Conclusive Answer

Using AreMenTalkingTooMuch.com, a tool Cathy Deng built and launched at Chi Hack Night, Andy Rasmussen reports back his findings on how much men are dominating the conversation at Chi Hack Night.

2. Don Chartier: Open Data and Privacy: Harder than It Looks

Recently, Don Chartier has been researching data privacy and the risks of re-identification, and ran across an article, “BROKEN PROMISES OF PRIVACY: RESPONDING TO THE SURPRISING FAILURE OF ANONYMIZATION”.

Making a project accessible is about more than just the culture of the initial team behind it. Good documentation paves the way for a project to get external contributors interested, keep them involved, and allow non-technical folks to join in.

Viktor Köves gives some examples of projects that are documented well and shows how they are much more likely to thrive even after original collaborators have shifted focus.

GenderAvenger is a nonprofit aimed at getting better representation for “not dudes” on panels, in “best of” lists, and elsewhere. Yonatan Kogan shares their tactics and successes, including a tool he built called Tally.

5. Eric Sherman: Our Band Could Be Your Life

6. Rose Afriyie: What stops people in poverty from getting the help they need?

At mRelief, Rose Afriyie asked a sample of their Illinois users about what stops them from getting critical support. They received answers that are helping them rethink what it means to transform access to social services.

Tom Schenk, the Chief Data Officer for Chicago gives a review of the success of the community and progress since Chicago signed the 2012 Open Data Executive Order and the community’s leadership in collaboration between government and residents.

Joseph Smalzer recaps the Access to Justice Re-entry Impact-a-thon that was held in November and shares what they learned about addressing the needs of those recently released from incarceration.